The NABSHOW in Las Vegas this week held a panel discussion on “Constant Cravings – Using OTT to Win the Next Generation of Viewers”. During the panel  discussion the host released some interesting numbers about cord cutting, and how it threatens the current Pay-Tv model. 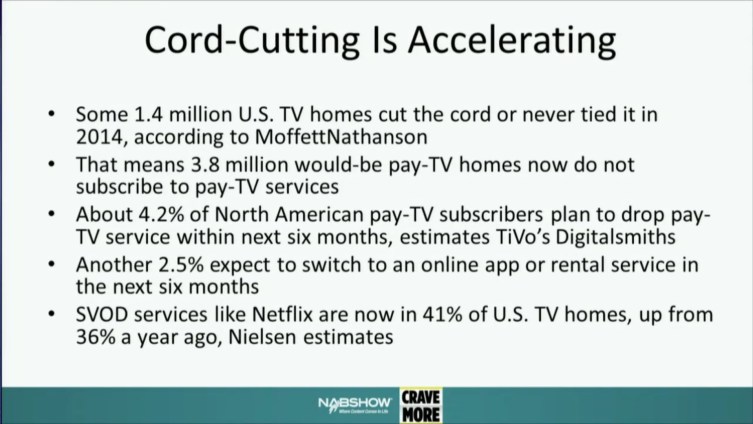 Netflix is also hurting the traditional cable companies. Since 2011 Netflix has added over 30 million new subscribers, and aims to be in over 200 countries by the end of 2016. 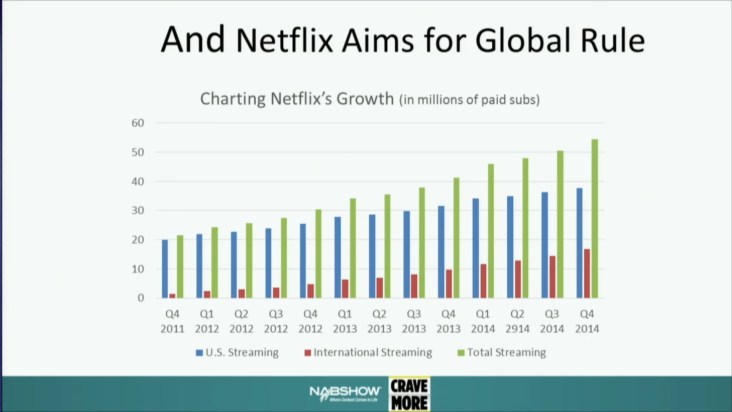 Netflix growth is having a direct impact on Pay-Tv, as some of the major cable companies lost 904,100 subscribers in just 2014. DirecTV is the only “cable” company to gain customers in 2014. 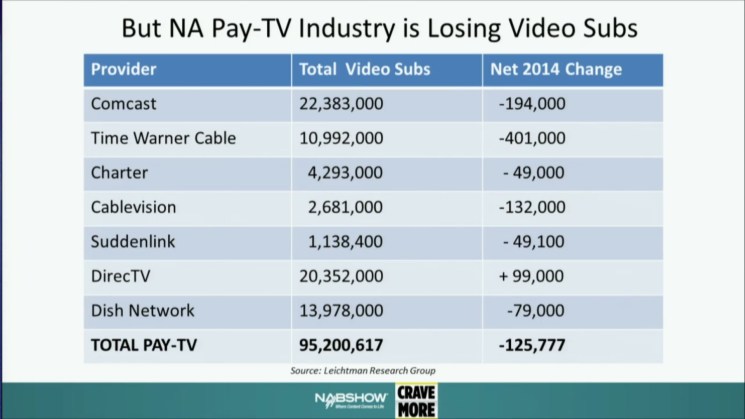 Other big announcements made in the panel discussion:

A “Major” sport is going to start offering 4k streams OTT allowing Cord Cutters to watch their games in 4K online. It is important to note here that only Roku TV offers 4K streaming support. This announcement leads us to believe that more 4K devices are on the way from Apple TV, Roku, and/or Fire TV to make this investment worthwhile.

One of the more interesting statements made during the panel discussion was in reference to people sharing their cable passwords. One panel members said the real issue is, “How do we get Millennials not to share?” clearly pointing to discussions within the cable industry of how to address the problem of subscribers sharing account details.

NABSHOW also gave a list of expected release dates for new OTT services such as HBO Now and Sling TV. 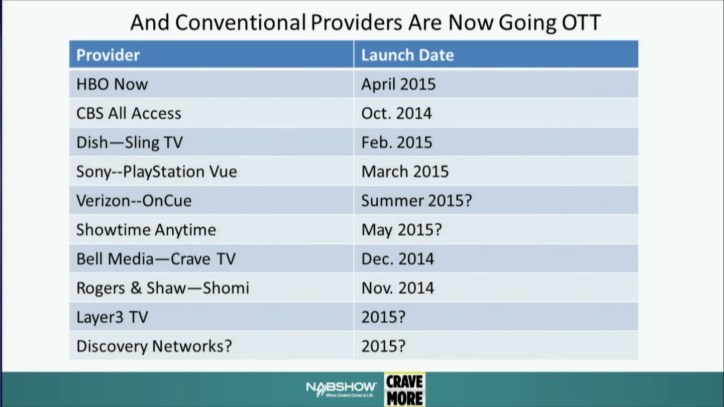 Cord cutting is clearly having a substantial impact on the cable Industry, and we are just beginning to see their efforts to reach out to lost customers. At this rate, Cord Cutters will soon be over 5 million strong, with no signs of slowing down.

While we hope to see more services like HBO Now and Sling TV released this year, we think the movement to offer services like Sling TV misses the point of cord cutting.  Cord Cutters don’t want channels, they want shows.