Update: The Bradstreet family has said publicly on my Facebook page today that they are “going to get to the bottom of this”  They also have started a GoFundMe page to do a thorough investigation to see if there was foul play.  Our thoughts and condolences go out to Dr. Bradstreet’s family friends, patients and all his many followers.

I’m sad to say that two prominent doctors in the “alternative medicine” world have died in the past few days.  The first is the accomplished, well known and much loved Dr. Jeffrey Bradstreet MD, who formerly lived here on the East Coast of Florida. He’d since moved to our neighboring  state, Georgia.  Fox Carolina  is reporting that his body was found in a river in North Carolina and that he died of an apparent “self inflicted gunshot wound to the chest“.

The funeral is in Shelby, North Carolina  Shelby is a small  town of 20k people, and the same  town where they just apprehended the Charleston South Carolina mass church killer Dylann Roof  last week.  Some doctors are reading this tonight and writing me that they find the story suspicious and are concerned.  I too am concerned, as my other half is a prominent controversial doctor as well, and not sure what to think.  I suspect we’ll know more as the investigation continues.

Another doctor (whose name I cannot yet disclose) died suddenly on Father’s Day here on Florida’s East Coast.   He was healthy and fit with a thriving practice,  had an additional  PhD in Nutrition from Harvard.  We are saddened by the sudden death of both doctors. Someone already set up a memorial page for Dr. Bradstreet on Facebook. He has people posting from the around the world who obviously loved him are thanking him for all he did during his amazing career. I didn’t post this article there,  nor did  I notice any mention of the details I have found in the news.

From the article about Dr. Bradstreet’s tragic death:

The Rutherford County Sheriff’s Office said they received a report about a body in the Rocky Broad River in Chimney Rock on June 19.

Deputies said the body was found by a fisherman. The body was removed from the river and was identified as James Jeffrey Bradstreet of Braselton, Georgia. Bradstreet had a gunshot wound to the chest, which appeared to be self inflicted, according to deputies.

Divers from the Henderson County Rescue Squad responded to the scene and recovered a handgun from the rivers, according to deputies.

Bradstreet’s body was sent to Wake Forest Baptist Medical Center for an autopsy on Wednesday. The case remains under investigation.

We will continue to update you as more information comes in about the death of Dr. Jeffrey Bradstreet and of the other unnamed doctor whose name I cannot share yet. More info is coming in at this  late hour about #CDCwhistleblower  and other sources I need to vet before posting. (It’s complicated) Our hearts go out to both their families and friends during their time of loss. 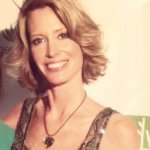 Erin Elizabeth is a long time “health nut” with a passion for the healing arts for nearly 25 years. Founder of Health Nut News, she is an author, public speaker, and advocate for healthy living. You can get Erin’s book here for free and also watch a short documentary on how she overcame vax injuries, Lyme disease, a significant weight gain, and more. Follow Erin on Facebook, Twitter, and Instagram