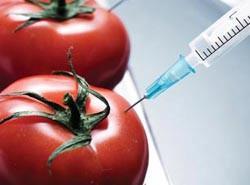 Compulsory vaccination has long been a requirement to serve in the U.S. armed forces, and it is well documented that many of the vaccines administered to servicemen over the years have been experimental in nature, meaning they contained untested adjuvants and other questionable additives. But it has recently come to our attention that the highly toxic vaccine adjuvant squalene MF59, which was first given to servicemen back during the first Gulf War and later linked to causing Gulf War syndrome, is now being added to some civilian flu vaccines.

At a 2010 gathering of the American Rally for Personal Rights in Chicago, registered nurse and retired Air Force Captain Richard Rovet warned his listening audience about the dangers of squalene MF59, the devastation and horrors of which he witnessed first hand during his time in the service. The experimental oil-in-water adjuvant, which was forced on all servicemen beginning in 1999 via the mandatory anthrax vaccine, caused many of Capt. Rovet’s comrades to suffer severe and permanent side effects. One of Capt. Rovet’s closest friends, in fact, was actually killed as a result of squalene MF59.

“For the past 64 years, the United States Military and other agencies within our government have used our servicemen and women as test subjects, oftentimes in secret and without informed consent,” explained Capt. Rovet. “In December of 1994, the United States Senate released a report titled, ‘Is military research hazardous to a veteran’s health? Lessons spanning half a century’ … [that] outlines the unethical use of servicemen and women as test subjects, guinea pigs.”

After establishing that squalene MF59 was admittedly experimental, Capt. Rovet went on to explain how the U.S. government willfully ignored all documented evidence showing that the anthrax vaccine, and squalene MF59 in particular, was directly responsible for triggering an epidemic of Gulf War syndrome that left hundreds of thousands of servicemen seriously injured or dead. Not only this, but the U.S. Department of Defense actually ordered that both the anthrax vaccine and a related botulism toxoid vaccine, both of which contained experimental squalene MF59, not be annotated in soldiers’ medical records — they were instead generically identified as “Vac A” and “Vac B” in order to conceal their identity.

“Roughly one in four of the 697,000 veterans, my brothers and sisters who served in the first Gulf War, are afflicted with Gulf War illness … [and] study after study shows a higher rate of Gulf War illness in vaccinated veterans. That’s a fact,” added Capt. Rovet. “Military members can be ordered to take medicines and vaccines against their will, or be imprisoned and discharged from the armed forces with a criminal record for the rest of their lives, right up there with rape perpetrators.”

Just before bursting into tears while recalling the atrocities he witnessed as a result of this experimental vaccination conspiracy, Capt. Rovet urged those in attendance at the rally to be on the lookout for squalene MF59, as he believed at the time that it would soon be added to civilian vaccines. And sure enough, Switzerland-based drug giant Novartis admits that squalene MF59 is currently being used in its Fluad influenza vaccine, which is used in Italy, as well as in pandemic influenza vaccines like Aflunov that are currently in development.

You can view a Novartis document admitting its use of squalene MF59 here:
http://www.novartisvaccines.com.

It is important that the public be made aware of the true history behind squalene MF59, and its pattern of causing serious injury and death. Novartis has obviously whitewashed the adjuvant’s safety record, and the mainstream media has yet to address this very serious issue. But the science speaks for itself.

“Folks that fought alongside us in the Gulf War who did not take the anthrax vaccine have no incidence of Gulf War illness,” concluded Capt. Rovet.

This story was first read on Natural News