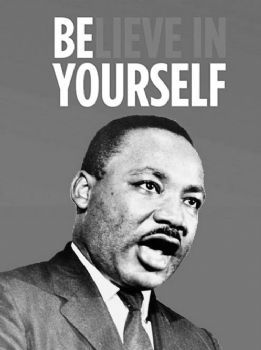 The National Security Agency operated a wide-ranging surveillance program that targeted critics of the Vietnam War and Presidents Richard M. Nixon and Lyndon B. Johnson in the late 1960s and early 1970s. Recently declassified documents show that Martin Luther King Jr., humor writer Art Buchwald, Muhammad Ali, and the president of the Urban League were among the targets.

nsa-mlk-muhammad-aliThe operation, called MINARET, was supposed to try and find links between communist governments and American radicals, yet the NSA documents show that it targeted a wide range of Americans, including U.S. Senators Howard Baker and Frank Church. Baker, a staunch anticommunist, was an outspoken supporter of the Vietnam War. Church was a prominent Democratic Senator and a supporter of Lyndon Johnson’s domestic programs.

JOURNALISTS SPECIFICALLY TARGETED
The same documents show that the NSA monitored the communications of Buchwald, who wrote a humor column for the Washington Post, and another prominent journalist, New York Times reporter Tom Wicker. Wicker and Buchwald were targeted because they were critics of the Vietnam War and President Lyndon Johnson. We, amazingly, see the exact same NSA spying tactics used today to target those who are critical of the government.

The Rev. Martin Luther King Jr. and heavyweight boxing champion Muhammad Ali were also targeted for their opposition to the Vietnam War. Many other opponents of the war were also targeted. Whitney Young, the head of the African-American group the Urban League, was specifically added to the MINARET list after voicing his opposition to the Vietnam War.

POLITICALLY MOTIVATED SPYING
It’s also interesting to note that the NSA didn’t spy on Young while Lyndon Johnson was in the White House. Young was a political supporter of Johnson and an advisor to his administration. That indicates MINARET was motivated by politics, not national security.

Interestingly enough, the justification for MINARET was similar to that for more recent NSA surveillance. It was supposed to be monitoring communications in an attempt to detect terrorists. It’s hard to see how Martin Luther King, a Baptist pastor, a pacifist, and a believer in nonviolence could have been considered a terrorist.

This story was first heard on Story Leak