JCPenney Throws CNBC Under The Bus, Says CEO Was “Misquoted” 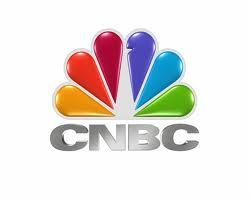 As we pointed out earlier, today the investing public was witness to perhaps one of the most epic (and backfiring) media PR clusterfucks in history.

The key culprit it seems was CNBC, which reported on live TV just after 10:30 am that JCP “will not need to raise capital now”, refuting an overnight Reuters story which sent the stock to the mid-$8 level in the premarket, and which as Reuters observed led to a jump in J.C. Penney shares of “18 percent from their early morning low after CNBC reported Ullman’s comment”.

As is now known, this was a complete fabrication, only to be followed a few short hours later with an announcement by JCP that it would in fact proceed with an equity offering of up to $1 billion (with Goldman as lead underwriter). And naturally, it was only a matter of time before lawyers started making phone calls, and before someone got implicated in what in retrospect can be construed as very serious, and costly, 10(b)-5 securities fraud.

As it turns out, that someone is CNBC itself, which was just thrown under the bus by the very company it rushed to defend.

Moments ago Bloomberg reported, that “J.C. Penney Says CEO Ullman Misquoted on Capital Raise” adding that “Comments purported to be made by Ullman in “media articles” don’t reflect “any recent comment,” JCP says in e-mailed statement.”

In other words, JCPenney accuses CNBC of lying.

What is ironic is that JCP did not “notice” the allegedly false CNBC comments until well after the close, and well after the stock dilution announcement. Apparently JCP had no problem with CNBC “misquoting” its CEO when it resulted in a 10% surge in the stock in the moments after the announcement when countless shorts were forced to cover on false and misleading reporting and “news.” It was only after said quote was directly refuted by the facts that it became a problem.

The problem for JCP (and CNBC now apparently) is that there are many traders who lost lots of money (on both the way up and down, especially since another CNBC reporter just announced that the JCP offering will price in the $9.35-$9.75 range) and now, with definitive evidence that someone lied, are already retaining legal counsel with full intent to see their losses recouped. Did we mention that at 122 million shares changing hands, it was the highest volume day in JCP stock ever? Well it was.

The question is: who will be the guilty party. Was it JCP’s Ullman who indeed lied that the company “will not need to raise capital now”, when in reality it did? Or did CNBC intentionally, for whatever reason, misquote the CEO, potentially to benefit one or more affiliated investing parties, in order to potentially generate a short covering spree on false news?

In light of our sincere appreciation of both of these organizations, we can’t wait to find which one, or both, organizations end up in court paying millions to defraued investors.

And we certainly can’t wait to see how the SEC will get involved in this latest humiliation for US equity capital markets. Because at least superficially, we don’t see a reason why Mary Jo White would need to recuse herself from this particular enforcement/criminal action, at least this one time.

This story was first read on Zero Hedge