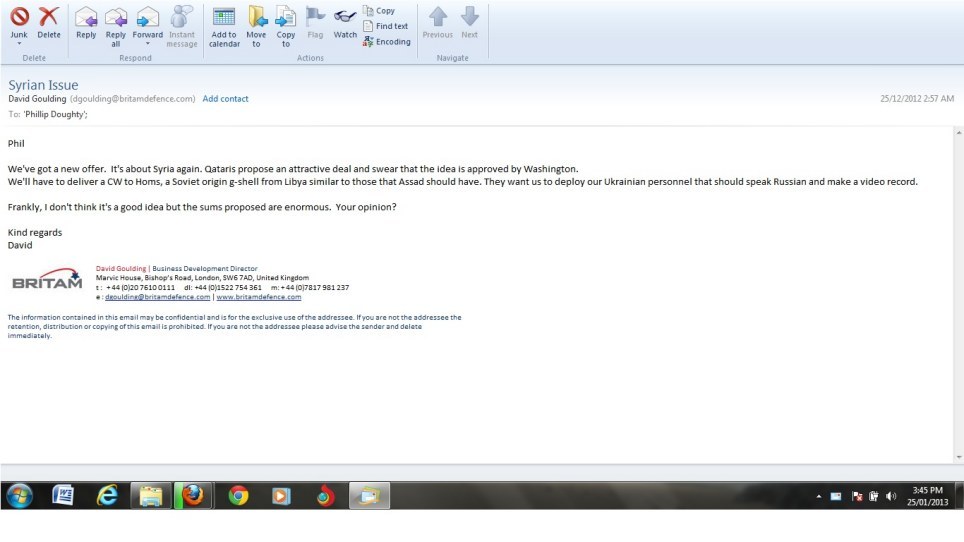 (Thomas Dishaw)  As Washington continues to rally for war,  a leaked email from 2012 has surfaced proposing a chemical weapons attack on Syria.

Phil,  We’ve got a new offer. It’s about Syria again.

Qataris propose an attractive deal and swear that the idea is approved by Washington.

We’ll have to deliver a CW to Homs, a Soviet origin g-shell from Libya similar to those that Assad should have.

They want us to deploy our Ukrainian personnel that should speak Russian and make a video record.

Frankly, I don’t think it’s a good idea but the sums proposed are enormous. Your opinion?

The email was released via a hacker in Germany, Britam has publicly admitted they were hacked, but denied the correspondence was genuine. A complete catalog of the hack is available here.

If this email isn’t the red flag we’ve been looking for then I don’t know what is. This clearly illustrates Washington’s mission to destabilize the Middle East, stopping at no lengths to create an enemy and propel us into WW3.