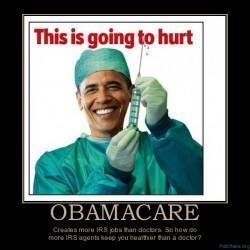 Less than a week before the “official” roll-out of Obamacare and the system is in a shambles.

Americans remain fearful and confused about the new law. Benefits and pricing still hasn’t been worked out. And worse, some of the state and territorial exchanges called for under the law are already on life support.

Just days away from launch, the District of Columbia’s health marketplace is announcing a pretty significant delay.

While the D.C. Health Link will launch a Web site on October 1, shoppers will not have access to the their premium prices until mid-November. The delay comes after the District marketplace discovered “a high error rate” in calculating the tax credits that low- and middle-income people will use to purchase insurance on the marketplace.

The nation’s capital, perhaps the most liberal “progressive” place in the entire country, has been increasingly fearful of Obamacare’s disastrous effects in the months and weeks leading up to the official launch. Huge amounts of unionized federal workers have rejected the law that Obama has exempted lawmakers from [http://www.naturalnews.com]. The IRS’s own union – members of the agency charged with enforcing Obamacare’s myriad of rules, regulations, mandates and penalties – doesn’t want the law [http://www.naturalnews.com].

Now, as the start date for the law approaches, many of the government-run health insurance exchanges called for under the “Affordable” Care Act are either not ready for prime time or are too broken to function.

And it is as appropriate as it is ironic that the exchange in the nation’s capital is one of the first to break.

As reported by the Post, the insurance exchanges – according to plan – were supposed to be capable of providing estimates for tax credits after a “shopper” puts in some basic info about where he or she lives and how much he or she earns (already, as you can see, Obamacare demands info you shouldn’t have to provide the government just to purchase health insurance!).

But, in D.C. at least, that’s not going to happen at least until next month. And perhaps longer.

Instead, the paper reported, determinations of eligibility will be made “offline” by early November.

The delay will be less significant for people who likely qualify for Medicaid in the District, which covers everyone below 200 percent of the poverty line (about $22,000 for an individual). In cases where someone is found likely eligible for that program, D.C. Health Link spokesman Richard Sorian said they should get a determination with 24 hours.

The plan is to ensure that Medicaid enrollees – who, of course, qualify automatically and immediately for still more taxpayer-provided benefits under Obamacare – are processed the fastest.

Working stiffs – people who might qualify for tax credits – will have to wait until January, again at the earliest.

Still think the government can get this right?

D.C. Healthlink, the name of Washington’s insurance exchange, put out this announcement:

DC Health Link is not currently deploying the function that makes new Medicaid eligibility determinations and calculates tax credits for purchase of private insurance due to a high error rate discovered through extensive systems testing.

People seeking Medicaid coverage or tax credits will be able to use DC Health Link to create an account and submit an on-line application.

The Post notes, “This certainly is not good news for Obamacare, especially in the wake of the other reports on similar glitches at the federal level. The Obama administration has repeatedly promised that, starting on October 1, all Americans will be able to purchase insurance coverage on the new marketplaces.”

Actually, it’s not good news for American insurance consumers. We’ve been reporting for years that this law is, and will continue to be, an unmitigated, bureaucratic nightmare disaster. That it’s launch is already so screwed up – after a two-year lead time – should tell you all you need to know about how the rest of this will turn out.

This story was first read on Natural News