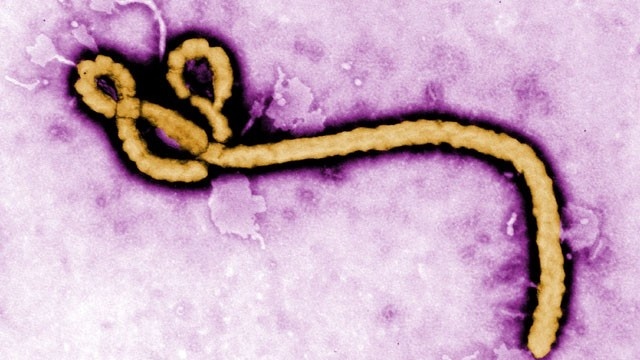 (Maggie Fox)  A cocktail of antibodies cooked up in tobacco plants may provide an emergency treatment for Ebola virus, one of the deadliest viruses known, researchers reported Wednesday.

The treatment provides 100 percent protection to monkeys when given right after exposure. But it also helps even after symptoms develop, the researchers report in the journal Science Translational Medicine.

Ebola first appeared in 1976 and causes an especially frightening and deadly form of hemorrhagic fever. Patients die of shock but may bleed internally and externally. Depending on the strain, it kills between 25 and 90 percent of patients.

There is no existing treatment and no vaccine. “It is horrifying,” says Gene Olinger of the U.S. Army Medical Research Institute of Infectious Diseases (USAMRIID), who worked on the study.

Various strains of the virus pop up unpredictably across Africa, perhaps as people venture into forests to hunt wild animals, especially monkeys and apes, known as bushmeat. The virus infects apes and monkeys and it infects people who are exposed to bodily fluids, such as blood.

Scientists are working on a variety of approaches to treat the virus and also to make a vaccine. This latest possible treatment comes from the vaccine work.

“We were developing a vaccine and the vaccine was tested in mice and the mice were used to make the monoclonal antibodies to understand how they protected from disease,” Olinger said in a telephone interview.

Antibodies are immune system proteins that recognize and attack invaders such as bacteria and viruses. Monoclonal antibodies are engineered to recognize a specific pathogen – in this case, a strain of Ebola.

The team chose three of the antibodies and made them into a cocktail called MB-003. They’ve been testing it in monkeys, which can be infected with Ebola in much the same way as humans can.

In this latest test, 43 percent of the monkeys recovered and survived when treated as long as five days after they were infected, even after they started showing symptoms. “We were excited,” says USAMRIID’s James Pettitt.

Usually once symptoms start, that means the virus is already overwhelming the body’s defenses.

Olinger thinks a higher dose of the antibodies might work even better. The antibodies must be given intravenously, but clinics being run by groups such as Doctors Without Borders have the facilities to offer the treatment, he says.

More testing is needed first, before trying it on people. A company in Canada is working on developing other antibodies that might improve the treatment. And this particular cocktail recognizes most, but not all, the known strains of Ebola.

Kentucky BioProcessing in Owensboro, Kentucky makes MB-003 using tobacco plants. The plants are genetically engineered to produce “humanized” versions of the antibodies. “It creates a green juice and we purify the antibody from it,” Pettitt says. “It is a much cheaper and quicker way to produce the antibody.”

“Our facility can produce these proteins in two weeks at a substantial reduction in cost to other production methods,” says Barry Bratcher, the company’s chief operating officer. “This advanced method of manufacturing allows us to address needs quickly and inexpensively.”