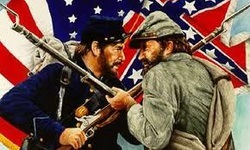 As the clock ticks down toward a possible government shutdown, Sen. Tom Harkin, D-Iowa, isn’t holding back.
On the Senate floor before 10 a.m. Friday, the senator gave a speech describing how American politics have reached the level at which “a small group of willful men and women who have a certain ideology”—read: the tea party and Sen. Ted Cruz, R-Texas—have been able to take over the congressional budget debate in the last week. “Since they can’t get their way,” Harkin said, “they’re going to create this confusion and discourse and hope that the public will be so mixed up in who is to blame for this, that they’ll blame both sides.”
This isn’t just congressional business as usual, Harkin said. It’s much, much more dire:It’s dangerous. It’s very dangerous. I believe, Mr. President, we are at one of the most dangerous points in our history right now. Every bit as dangerous as the break-up of the Union before the Civil War.
This isn’t the first time the senator has spoken out about the spiraling budget and the fight over Obamacare. Harkin suggested Thursday that Cruz looked “foolish” for his “little tirade” that lasted from Tuesday afternoon until Wednesday morning. Harkin called out Cruz as being part of “the most extreme tea-party wing” of his party, and for his “ideology-driven obstructionism.”
Of course, it’d be a stretch to think that the United States is on the cusp of anything as violent as the Civil War. But the consequences of a government shutdown or topping over the debt ceiling could be massively harmful for the U.S. economy, whether you’re looking at the possibility of a downgrade in U.S. credit or just the shutdown in payments and services with thousands of government employees out of work.
Harkin isn’t the first to pull out a dramatic historical analogy on the Senate floor this week, either. During his 21-plus hour speech, Cruz hearkened back to Nazi Germany for a comparison to “pundits” who think Obamacare cannot be defeated:
If we go to the 1940s, Nazi Germany—look, we saw it in Britain. Neville Chamberlain told the British people: Accept the Nazis. Yes, they will dominate the continent of Europe, but that is not our problem. Let’s appease them. Why? Because it can’t be done. We cannot possibly stand against them.
In America there were voices who listened to that; I suspect the same pundits who said it couldn’t be done. If this had happened in the 1940s, we would have been listening to them. Even then they would have made television. They would have gotten beyond the carrier pigeons and letters and they would have been on TV saying: You cannot defeat the Germans.
Sen. John McCain, R-Ariz., later pilloried Cruz on the floor for the comparison.
So, for those of you keeping track at home: With just three days to go until a possible government shutdown, we’ve already had comparisons to Nazi Germany and the Civil War. And we’re surely not done yet.