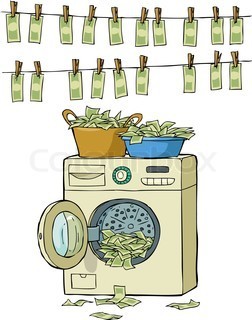 According to a “Moms for Labeling” lawsuit filed in the Thurston County Superior Court last week, the Grocery Manufacturers Association has laundered donation money for its big corporate members that wish to hide their opposition to Washington state’s GMO labeling initiative.

“Donations to the (anti) Initiative 522 campaign are being laundered through the Grocery Manufacturers Association, the world’s largest association of food, beverage and consumer products companies,” the lawsuit reads. “The GMA has made a special appeal to its members in the form of a voluntary special assessment to fund the No on 522 campaign.”

Organizations that raise money to influence ballot measures in Washington state are required by law to register as political action committees. According to the lawsuit, the GMA has avoided doing so in order to hide which companies are donating under its name.

After receiving information from sources within companies associated with the GMA, Moms for Labeling believes companies are trying to avoid public backlash similar to what was seen after GMA members like PepsiCo, Nestle, Coca-Cola and Kraft donated millions to defeat California’s labeling proposition. Moms for Labeling has already begun to gather admissible evidence from their sources to present to the court.

Despite the millions in corporate money to sway public opinion, a recent Elway Poll found that 66 percent of Washington residents plan on voting for the upcoming labeling initiate. National polls have found that more than 93 percent of the country approves of similar labeling requirements when it comes to genetically modified food.
This story was first seen on Story Leak